Like, I suspect, many of you, I've done some pretty wacky stuff in my years of building my own systems, but today's has to be near the top of the list: 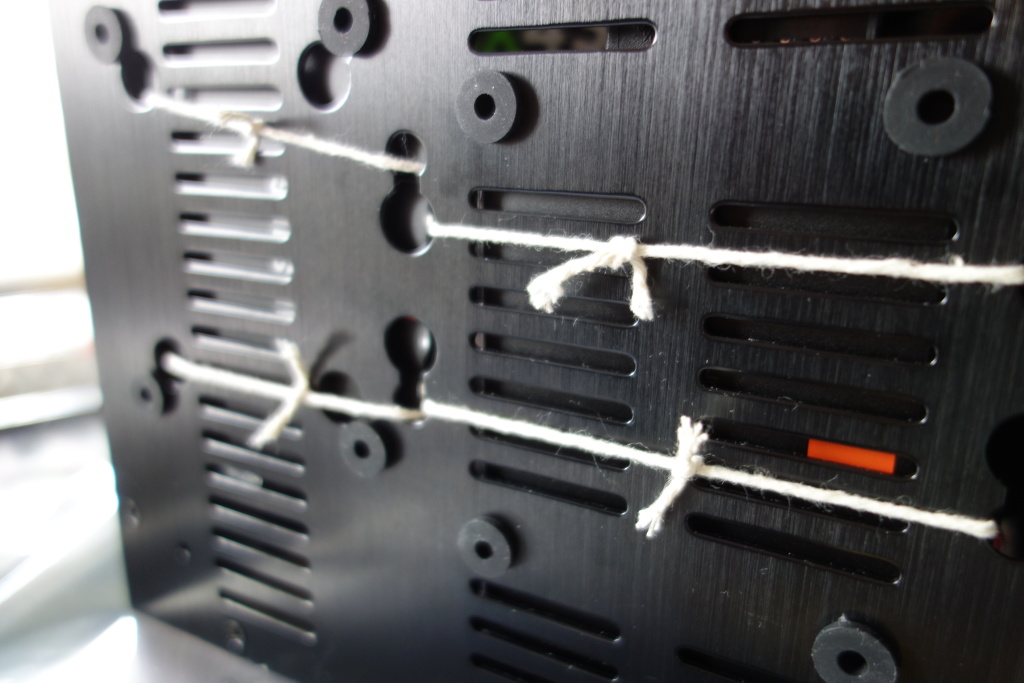 Yes, it's the string-mounted SSD.

In not-entirely-unrelated news, you may want to think twice before buying a Jonsbo V3+ case (AKA 'DiyPC' if you're Newegg - they seem to be hiding the manufacturer for some reason), a Corsair PSU, and a 2.5" SSD together, because someone in that chain doesn't have the same idea as everyone else about which way around drive connectors are supposed to go. The SATA power connectors on the Corsair PSU are 90-degree angled. You mount 2.5" drives in the V3+ case flush against the bottom. Unfortunately, things wind up such that the SATA power connectors don't want to plug into the drives nicely such that the cable angles away inside the case, but the other way around, such that the cable wants to go right through the case and into the floor.

Hence, the string-mounted SSDs. They'll go nicely with the one that's zip-tied to the outside of the drive cage in my desktop. But hey, there's no moving parts in an SSD, so it's perfectly fine, even though it does look fracking ridiculous...

Edit: here is your terrible, terrible notice that there'll be a bit of downtime on happyassassin.net shortly. The new box in question is my new server host box: I need to transfer all these server VMs over to it.

Dan wrote on 2013-04-05 23:14:
There is another way to do this. But it requires some ubber-magnets salvaged from a few dead spinning-platter drives, a tube of mix-it-yourself epoxy, and pretty good idea that the SSDs in question will never need to be returned for warranty replacement. Then you can stick 'em wherever you darn well please in there! :-P